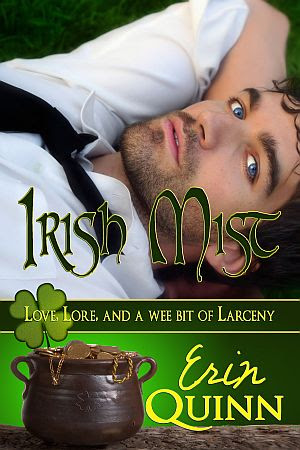 It's been a busy year for me so far and it's only February! This month I have two exciting things to announce. First, IRISH MIST, part of the Love, Lore And A Wee Bit of Larceny series (Irish Mist, by Erin Quinn, Irish Heat, by Calista Fox and Irish Kiss, by Mary Leo) is available now for all eReaders!


IRISH MIST﻿
For Kasey MacGrath, success means everything and too much is never enough. But when a distant relative is killed, Kasey travels to a land he's long forgotten, and discovers in the mists of the Irish countryside the entrancing woman named Delaney Ballagh, who mysteriously haunts his mind and his heart. In the village of Talamh an Oir, simplicity is the order of the day, but something mythical and unfathomable terrorizes both the community and the beautiful woman he wants to protect.

For Kasey to help free them from evil, he must open himself to possibilities he's never considered. But can he truly believe in the magical gift Delaney possesses and a way of life he's shunned--both of which promise to be the key to his personal salvation? Will he trust what he feels for the woman who stepped out of his dreams and into his arms, or will he lose everything in a single mistake? 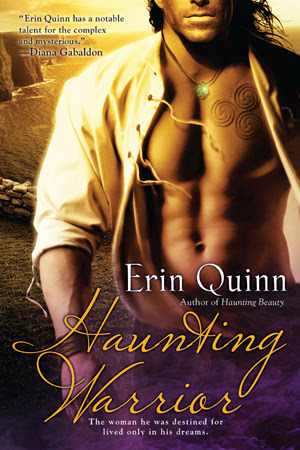 But wait...that's not all. Also out in just a few days, the rerelease of HAUNTING WARRIOR in paperback! (If you've been waiting for the price to come down...mark your calendar for March 6) Rory MacGrath's story is perhaps my favorite of the Mists of Ireland series. Not only did the cover blow my mind, but there was something about Rory himself that has never let go of me....


HAUNTING WARRIOR
“A highly recommended must-read!” —USA Today bestselling author Jennifer Ashley
A past he couldn’t forget.
Rory McGrath’s life changed the night his father mysteriously vanished, having uncovered the secrets of the ancient Book of Fennore. Soon Rory disappeared as well--leaving Ireland, shunning his family, and turning his back on magic.
A dream he couldn’t ignore.But soon the dreams begin…dreams of a bewitching beauty whose touch is more real than any he’s felt. The need to find her brings him home… to Ireland…to face his darkest fears.
A woman he couldn’t resist.
Lured to the castle ruins where his father disappeared, Rory is plunged back in time, and into the body of another man—a man betrothed to the very woman of Rory’s dreams. In possession of the secrets of his past, his family, and his identity, she has a hold on Rory that is inescapable. For she is his doom. His salvation. And his destiny.
“Erin Quinn has a notable talent for the complex and mysterious”
—Diana Gabaldon
“Captivates the reader with every turn of the page.”
—Night Owl Reviews

For a complete list of Erin's books, go to:  http://www.erinquinnbooks.com/Books.htm
Posted by Erin Quinn at 9:17 AM