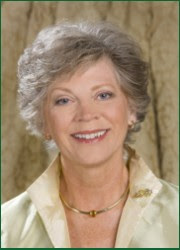 I'm always excited to have guest authors and when someone as extraordinary as Karen Harper stops by, well, I'm beside myself.  Not only does NYTimes and USA TODAY bestselling author Karen Harper write amazing historical fiction for NAL, she also writes romantic suspense for Mira Books, most recently a trilogy set in Amish country: DARK ROAD HOME, DARK HARVEST, DARK ANGEL.  You can find more information about Karen and her books at http://karenharperauthor.com/.


Her latest novel, THE IRISH PRINCESS is a remarkable story that blends a brilliant imagination with documented fact.  In a wonderful tale that is rich with history, Karen gives us a possible version of Elizabeth  (Gera) Fitzgerald's life during the reign of Queen Elizabeth I.  Publisher's weekly says of the THE IRISH PRINCESS "Tudor fans will enjoy this skillfully fleshed-out tale of an adventurous young woman coming-of-age inside a court constantly on edge." 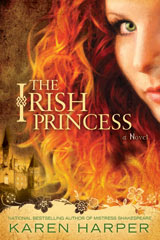 WHY MY HEROINE (AND I!) LOVE MY HERO by Karen Harper, author of THE IRISH PRINCESS

I don’t know about you, but I’m a sucker for dashing sea captains. There’s just something about a man in a boat or ship, especially the commander of one. So I was thrilled to discover that my real life Irish heroine Gera Fitzgerald had a forbidden romance with and later a long marriage to the Lord High Admiral of England during the Tudor era. I’m always looking for historical heroines who have a great love story, and Gera’s hero completely floated my boat.


She first meets Edward Clinton when she is quite young—and on a ship, of course. Here’s how she describes his initial impact on her: He turned and looked at me, his eyes widening in surprise. He smiled, flaunting white teeth in his sun-browned face, a handsome face with a strong nose and blue eyes like the sea and slashes of black eyebrows that seemed to work independently when he so willed it. Compared to the whey-skinned, light-haired Irish, he seemed almost devil dark.

There are two portraits each of Elizabeth (Gera) Fitzgerald and Captain Edward Clinton which remain today, and I’ve included my favorites ones here. The other, more formal one of him can be found by Googling “Edward Fiennes Clinton + portrait.” Gera’s later-in-life portrait can be Googled also, but I must admit I love the way the artist has depicted her on the cover of THE IRISH PRINCESS. (See my website for more information about her at http://www.karenharperauthor.com/)

I also love my hero for the way he did not desert Gera when she and her Irish family, “the uncrowned kings of Ireland,” were persecuted (even beheaded!) by King Henry VIII. Edward and Gera’s love was forbidden because he worked for the Tudors and her family were Irish rebels, but they definitely stayed in touch over the years despite the fact that they each had arranged marriages. Finally, they were able to wed each other and had quite an amazing, if turbulent marriage, especially when Gera kept getting in trouble with more Tudors, Queen Mary and Queen Elizabeth of England.

There are both tender and contentious scenes in the novel between Gera and her captain. Tender as when Edward lets Gera steer his ship, then places his hands over hers on the spokes of the wheels. My favorite clash is the scene where he abducts her to save her (she doesn’t see it that way) in the tradition of the best old Errol Flynn, Russell Crowe or Johnny Depp swashbuckling heroes:


“Gera, I pray you’ll someday forgive me for this, but you’ve going to have a little accident and go home with me.”


It was all I got out before he swirled his cape at me, over me, then put his hand over my mouth. He hefted me into his arms, however hard I kicked and thrashed, and carried me up and over the hill…


“Stop fighting,” he said and squeezed my shoulder.


So calmly spoken. Was he helping me and himself, or the king?


I heard a horse snort. “I’ll loose you as soon as we are away,” he said. He set me across a large saddle, then mounted behind me and spurred the horse away. I was both panicked and, God forgive me, thrilled.

I must admit I was thrilled when my research turned up not only the perfect strong, dynamic heroine but a hero to match her. Along with William Stafford, the man Mary Boleyn chose to marry in my novel THE LAST BOLEYN, Edward Clinton was the easiest real man I’ve ever made into a hero. Ah, to be sailing, sailing, over the bounding main with a man like Captain Clinton!

Karen is giving away one autograhped copy of AN IRISH PRINCESS to one lucky commentor so be sure to say hi!
Posted by Erin Quinn at 7:45 AM

i love irish stories and i love sea captain stories so i like it already! lol Kind of cool you got a history lesson of sorts and a book at the same time. I love how you get to have both with this book. Love the cover and the little excerpt!

As an Irish girl I find the historical aspect of this book truly intriguing! That coupled with forbidden love and persecution.....wow! IT has a gorgeous cover to boot.

Ooh, I am so intrigued! I adore the Irish rebel stories; there is so much passion there. Would love to win this!

Irish stories are my favorite..and this one sounds right up my alley..I would love to win a copy..thanks
Devon
hanna_563atmsndotcom

My customers love your books! If you get to Phoenix, please stop in sometime. Your new book sounds great.

Sounds so intriguing! Would love to read it.

Sounds like a wonderful love story, full of fascinating history and dynamic characters. Can't wait to check it out.

Thanks Erin for sharing this blog with us. I'm looking forward to reading Irish Princess and more of Karen Harper's books.

Hi Karen. I love a story rooted in some bit of history. The Irish Princess sounds like a lot of fun!

hi Karen ! :)
you are a new for me author. I'd really like to read Irish Princess !!

Wonderful, interesting post! Can't wait to delve into one of your books!

What a fascinating true story. I don't read many historicals now, but do love them. I remember vividly the very first romance novel I read years ago...also about a sea captain. I also love all things Irish, so I'm putting this one on my list.

Your books sounds wonderful! I love historical fiction and Ireland and Scottland are my favorite setting for them!

I adore Irish lore and stories set there. This looks like a great read!

Please email me at write2erinquinn at gmail dot com with your name and address so I can get your book in the mail!

I read this book...just finished it today, as a matter of fact. I'm telling all of you reading Erin's blog, PLEASE pick it up! I absolutely LOVED it. The story was wonderful--well written and full of intriguing characters. I am so thrilled that I picked it up. Erin, thanks for the heads up on this one, and I can't wait for Haunting Desire! :)