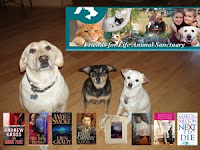 Two nights ago, a 3 am alarm went off in my head. I didn't set my alarm, so it was a shocker when it started screaming like a siren. I was tired and had to work in a few hours, so I wasn't too thrilled to be awake, but then one of those amazing things happened. My brain, which has been sadly dysfunctional of late, started working.

I've been struggling with this new story idea for weeks now. I've titled it, re-titled it, written chapters one, two and three, deleted chapters one, two and three, retitled the book again, rewrote the chapters and still...nothing. None of that blossoming feeling of rightness. None of that excitement to get back to it. Just an idea--a pretty good idea--and a bunch of crappy pages that don't come close to defining it.

And then, the alarm.

Suddenly this new idea just filled my head from corner to corner. (Yes, sometimes my head is very fat and very square.) And just like that, I have a living, breathing, exciting concept that is so anxious to get out it's beating against the tin pan I call a brain and demanding attention. In four days it's gone from shadows to living color to page one.
Woo hoo! I love it when that happens!

Oh my, I didn't know you were having so much trouble getting started with your new one. I am glad a light went on for you.
I will have to check out the pet contest. I will try to advertise it on my blog.

Hey Wendy! I think it's just my process. I have a lot of starts and stops before I really get going. I guess it's just another quirky thing in the way I do stuff!